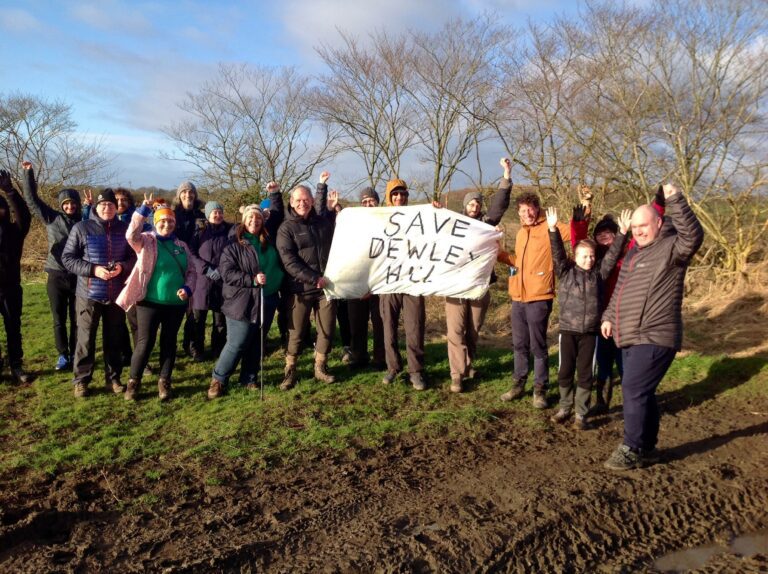 My name is Jos and I’m part of the team at Defend Dewley Hill. We're a group of residents from Throckley near Newcastle, who set out to save our local landscape from opencast coal extraction, and we really need your support.

We know that coal is the most catastrophic fossil fuel for our climate and that industries such as steel are rapidly developing new technology to eradicate coal use.

Despite Newcastle City Council declaring a climate emergency, we’re facing the prospect of the last opencast mine in England threatening our village.

None of us set out on the journey to become activists, but this bunch of taxi drivers, occupational therapists, managers, shop assistants, care workers, teachers, young and older people alike, have joined forces to defend the land we live on and have inadvertently become a campaign group together striving to see an end to fossil fuels.

We are raising funds for legal advice to help our group to have the best chance possible of defeating the coal mine this year. Newcastle City Council will make a decision in the month and we need to be ready to challenge the council's expected recommendation to approve it, or to fight the mining company's appeal.

We’ve worked hard to highlight our plight and speak out about our concerns. We’ve held demonstrations and walks on the land. We’ve made films and interviewed people about their past experiences. There are banners round the boundary and we have encouraged thousands of people to object

We're a community full of love for our land and brimming with energy and ideas, but we're not a wealthy community, so the costly legal advice could be a barrier to us in fighting this last leg we so need to win. 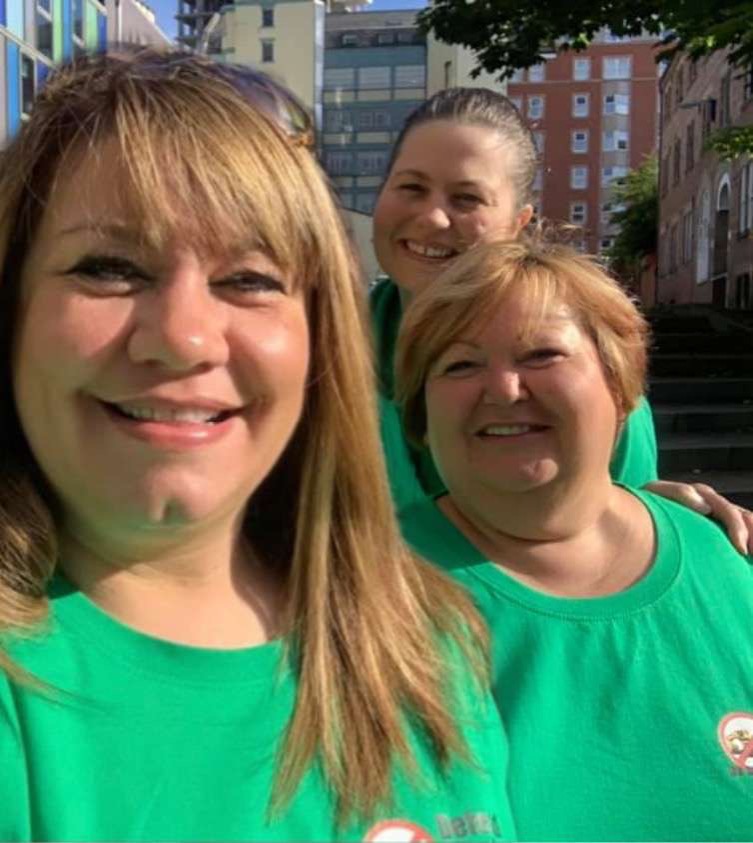 The only way we can win this is through reaching out to people who care...which is why we need you.

See the crowdfunder page for more information on the legal actions we are preparing to take to stop the opencast coal site. (https://www.crowdjustice.com/case/defend-dewley-hill/)

Coal is a proud part of our history in the North East, but it is not our future. This is the only remaining application for opencast coal mining in the UK, and if we can defeat it, then there's every chance it will be the last.

Please support us and contribute whatever you can to our crowdfunder to help us make a significant last stand against opencast coal mining. 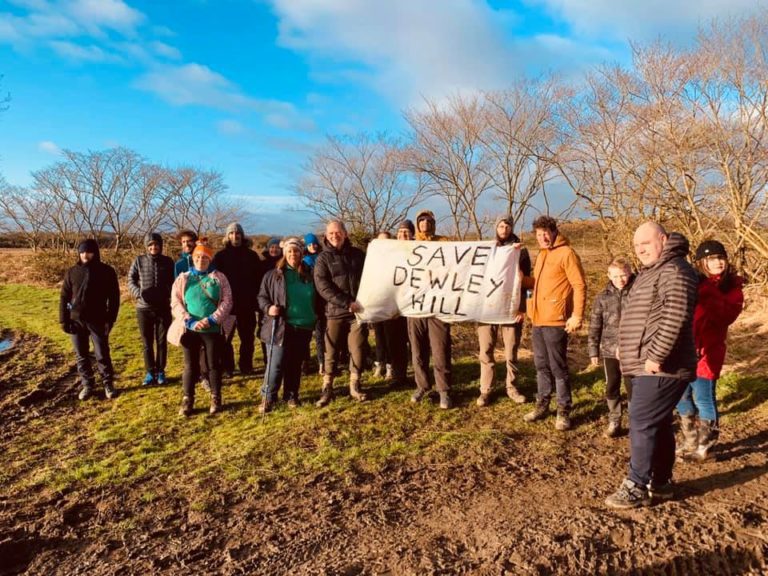 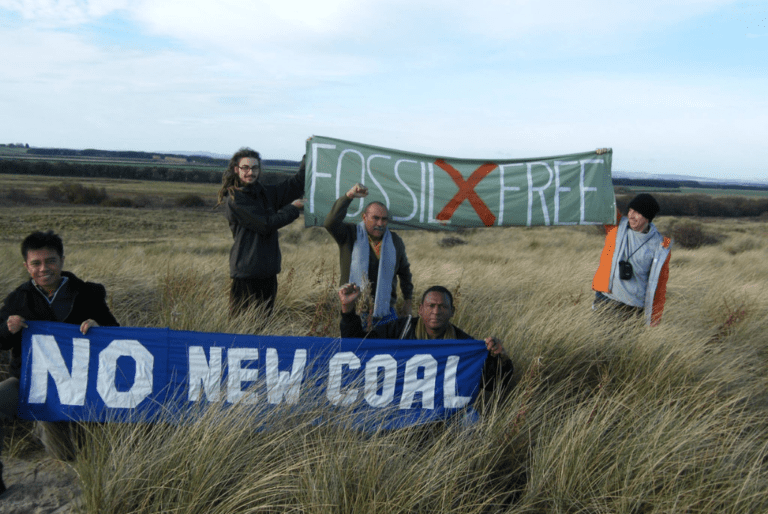 Local resident Lynne Tate said, “Save Druridge have been fighting against Banks Group trying to open a coal opencast at Druridge Bay for the last seven years. We are extremely pleased therefore that once again a Secretary of State, namely Robert Jenrick, has rejected this application. Druridge Bay is a beautiful area consisting of a seven mile beach and dunes, many wildlife reserves, a coastal footpath, agricultural fields and woods running up to meet the A1068. The thought of this area being once again torn up, for a destructive opencast site over a period of seven years was unimaginable.”

On behalf of the Secretary of State for Housing, Communities and Local government the official letter said, “the proposed development is not likely to provide national, local or community benefits which clearly outweigh its likely impacts (taking all relevant matters into account, including any residual environmental impacts). It therefore fails the test required by paragraph 211(b) of the [National Planning Policy] Framework. The presumption against the granting of permission for the extraction of coal therefore applies in this case.”

Anne Harris from the Coal Action Network says, “This is a really significant decision. The UK government has finally acted on its own words regarding emissions and stopped a new opencast coal mine. There is no justification for continuing to exploit the world's resources when climate change is increasingly being felt, particularly by those in the global south who least contributed to the atmospheric changes.”

She goes on to say, “It was really important for global action on climate change that the decision went this way at Highthorn. We need to stop extracting coal globally and stop burning it anywhere. The government's decision to stop the mine was the only one that serves the needs of the local, national and international populations and ecosystems.”

Jos Forester-Melville who is campaigning against a further Banks Groups opencast mine application at Dewley Hill near Throckley, Newcastle-upon-Tyne said, “We’re delighted to hear the outcome of this very positive result for our friends at Druridge Bay. In essence, it’s the only decision that could be made which will preserve the beautiful landscape but more importantly, the environment and people’s health. We very much hope this is reflective of the decision which should be made about open cast proposals at Dewley Hill and indeed at all sites across the North East. Coal is very much our past and it’s great to see that the decision has been upheld that it holds no part in our future.”

Anne Harris went on to say, “The Secretary of State did not believe Banks Group's claim that industrial coal demand will remain at current levels. We've seen huge falls in demand for coal for power stations. Now it's time to invest in long-term jobs in environmentally appropriate renewable energy and decarbonising heavy industry, there is no future for coal. There is no crisis needing coal supply, the real crisis, in addition to the current pandemic, is the climate emergency." 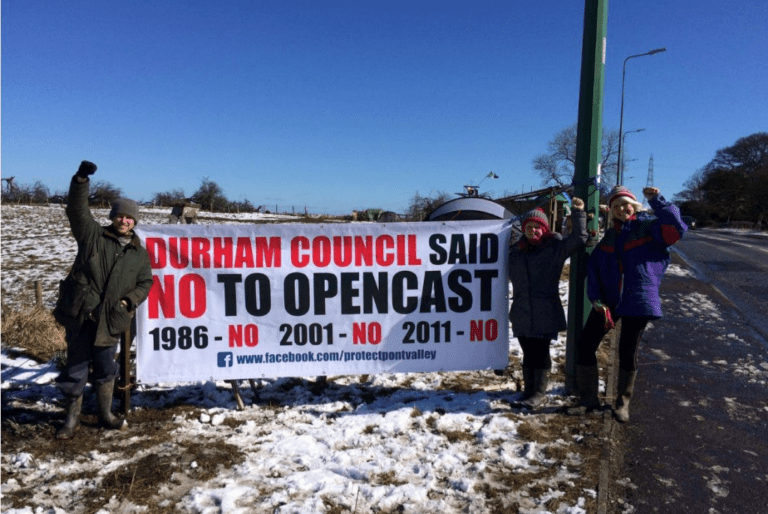 On the 1st July Durham County Council planning committee voted to reject Banks Group's controversial proposal for 'West Bradley' an extension to the current 'Bradley' opencast coal site between Dipton and Leadgate which would have caused another 90,000 tonnes of coal to be extracted over a further 1 year period. Had it been approved it would have added further disruption to people living in the area and worsening the local and international environment.

The written particulars of the decision said, "The proposed development would not be environmentally acceptable with respect to landscape and visual impacts and residential amenity impacts, and could not be made so by planning conditions or obligations contrary to saved County Durham Minerals Local Plan Policies M7a, M23, M24, M36 and M37, Paragraph 211a) of the National Planning Policy Framework and Emerging County Durham Plan Policy 54."

Speaking at the hearing, Alan Holmes of Campaign to Protect Pont Valley argued that approval was inconsistent with Durham's future plans including climate mitigation plans: “The County Durham Plan asserts climate change issues should be considered in every aspect of strategy and decision making. The Officer’s Report recommends no weight is afforded to the emergent County Plan, even though it will form the basis of decision making well into the future.”

“In contrast to the dodgy developer lobbying we have seen in the news in recent weeks, the community groups and individuals who have petitioned, door-knocked, written letters, have managed to convince planners that a coal mine is not in anyone's interest. We applaud the councillors who listened to the community and took the only right course of action in a climate emergency. The impact of this decision will be felt nationally as more mines are set to go before planning committees.”

Banks Group's proposal for another opencast coal site, Dewley Hill near Newcastle, is awaiting a planning hearing date, and has also been countered by a strong community campaign, Defend Dewley Hill.