Save Our Ponds – Protect Pont Valley

Diversity in the ecological sense is treasured. On a global scale conservationists focus a lot of their time and resources on the protection of the most diverse ecosystems if we are talking land the most diverse area is a tropical rainforest and a fuss is made about deforestation.

Conservationists are actually right to make a fuss in this case and it is right that they focus on the most diverse habit because in campaigning for the protection of the most diverse habitat you protect greatest number of species; you could campaign to save a desert and they need saving, but a square kilometre of desert my only contain a few species and square kilometres of a diverse habitat will contain thousands possibly tens of thousands of different species.

Ponds really are forgotten havens of biodiversity. Hedgerows got a bit of publicity a few years back, people have camped in trees to save them from road expansion but to my knowledge, until the Pont valley protection campers arrived – in the depths of the coldest North east winter for decades – there has never been such a visible Save Our Ponds campaign. The Great Crested Newt has been adopted as the symbol of the campaign to conserve the local habitat.

Police collude with Banks to destroy the newt habitat

Over a long time, ponds in the Pont Valley have become more diverse because of the absence of human interference on the site. These ponds importantly are fishless ponds contain a wide variety of insect life including caddis fly and stonefly larve which are good indicators of the health and quality of any freshwater habitat. The ponds are also home to newts including the Great Crested but this scarcely seen amphibian is by no means sole reason that the site should be restored and saved now, before further damage is done. The newt is only part of a more complex web of interaction with many different species. 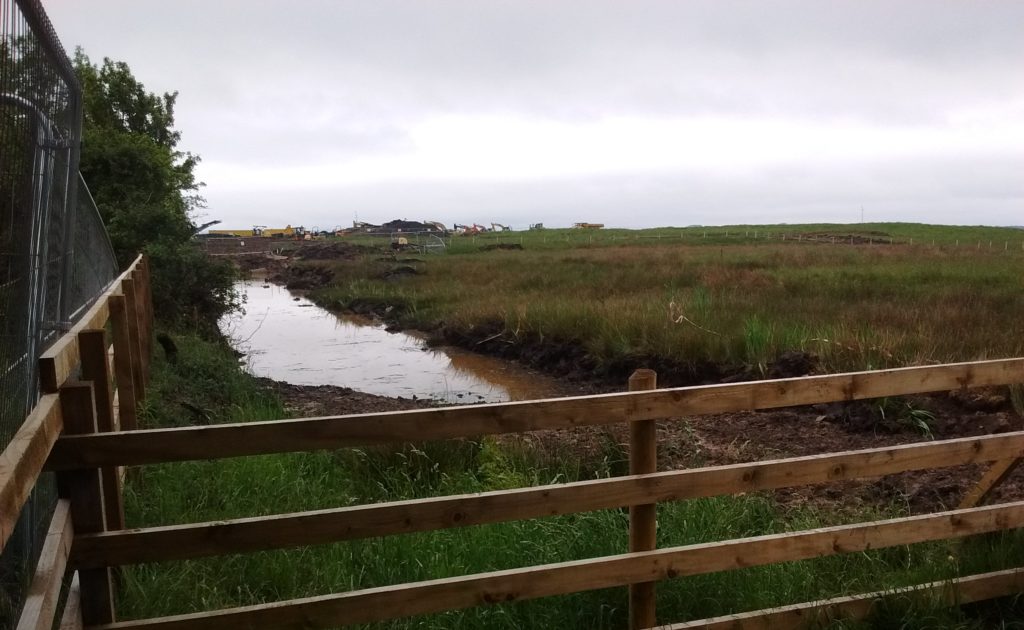 Banks Group have dug in the Brooms Pond

In the planning application for opencast UK Coal said that they would relocate several mature ponds to a location in the valley that does not lie over a coal seam. The plan for translocation was fundamentally flawed but this work would have conserved some of the diverse species present. It at least showed UK Coals willingness to take into consideration, the ecological sensitivity of the most diverse habitat on site. Instead of working around the ponds, or translocating the rare and protected newts, Banks group chose to excavate within the fenced off area of habitat as one of the very first actions on site. If immediate restoration from initial works is not conducted, recovery from this act of eco-vandalism will take decades. The gradual increase in biodiversity over time will need to start all over again.

Banks group obtained the planning permission from UK coal just before it was due to expire and have already proved that they have less concern for ecology than a company that were formerly UK’s single biggest fossil fuel producer.

During the controversial planning and appeals process, agreements were reached on a variety of issues such as traffic management, working hours, dust monitoring, traffic routes, restoration, a community fund and as well as conservation and translocation. Banks group in the short time since they obtained the permissions shown they are willing to ignore some of these agreements. This sort of behaviour is most concerning, as restoration after opencast in particular is a difficult and time-consuming process, if this surface mining project does continue Banks need to change their current trajectory if assurances made about habitat restoration are to be believed.

Coal is our heritage, not our future.