For Immediate Release 27.02.2018
Protesters scale trees in sub-zero temperatures in bid to stop Bradley opencast
Interviews (local residents): Drummond Orr 07788660738 | Patrick Carr 07812949420
Photo requests 07980543654
Photo opportunity: A692 between Dipton and Leadgate (junction A693/A692, Brooms Road Ends) from 7am.
Today 13 people staged a tree-climbing protest in sub-zero temperatures at a contested opencast coal mine site near Dipton and Leadgate, County Durham. They blocked access to the site following the felling of trees and 200 year-old hedges two days ago.
The protest comes after a petition calling for intervention from Sajid Javid MP, Minister for Communities and Local Government, gained over 84,000 signatures in under two weeks.
The mine is one of two in Northern England that the mining company Banks Group intend to work this spring despite recent affirmations that the UK will end coal use for electricity by 2025.
At dawn, two protesters scaled the last remaining tree left standing in the path of the proposed access road to what could be the first new open cast coal mine in the UK since 2014.
Drummond Orr, who lives less than 300 metres from the site, said, ‘I fully support this protest. We have been protesting for over thirty years and been through all the legal processes and we haven’t been listened to. We need to bring pressure on Sajid Javid to revoke the permit for this mine. He must not let half a million tonnes of coal be mined out of the ground despite the government’s commitment to climate change. This is about much more than just us residents.”
Anne Harris, of the Coal Action Network, said “It is time we moved past brutal scarring methods of energy production. The government needs to show strong leadership and create a meaningful coal phase-out which includes stopping new opencast coal mines and restoring existing ones.”
The protesters, which include local campaigners, cited dust and noise pollution, loss of biodiversity and climate change as reasons for attempting to stop the work.
Liam Carr, local resident said “The sensitive ecology of the site has been disregarded by the developers. The way these habitats have been destroyed without consultation is at odds with Banks’ assurance that they would liaise with local people during the work.”
One protester had come from the Hambacher Forest in Germany, where a long-running tree-climbing occupation of ancient woodland is severely delaying the expansion of an opencast coal mine. She said, ‘We came all this way to support people in Country Durham because it is all one struggle against profit-driven companies who are accelerating climate change and destroying biodiversity.’
Banks have until early June to begin groundwork on the site in order to work the permit to opencast which they acquired from UK Coal, who liquidated in 2015.
The protesters say they will stay for as long as it takes to prevent the mine from starting.
ENDS 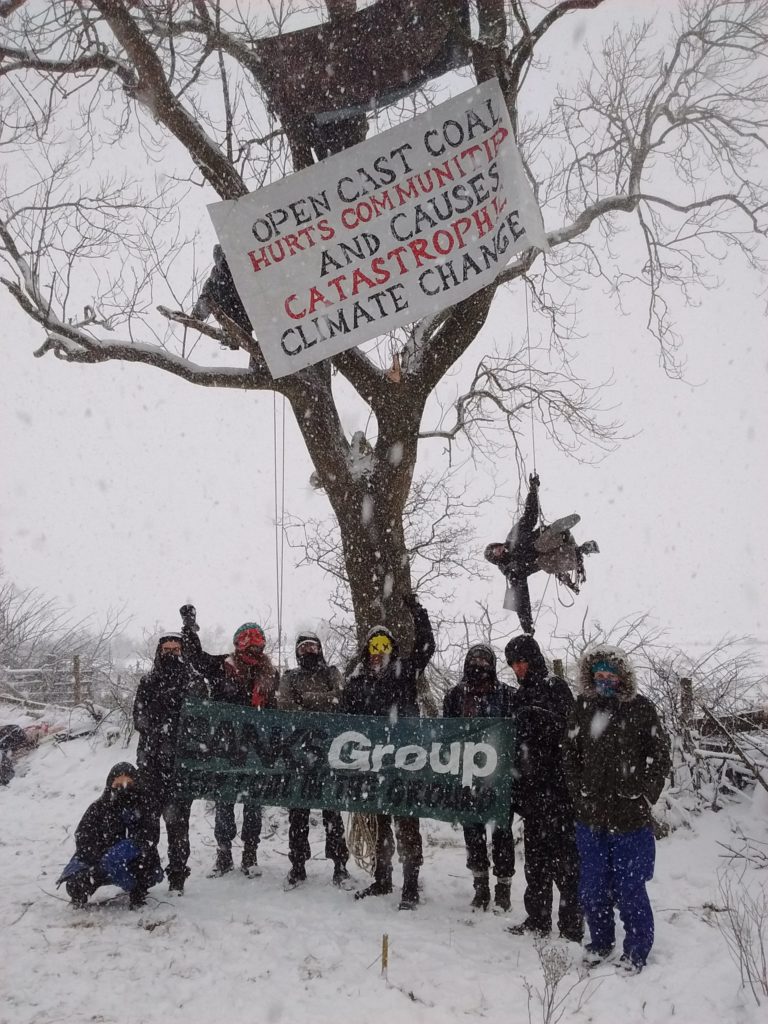 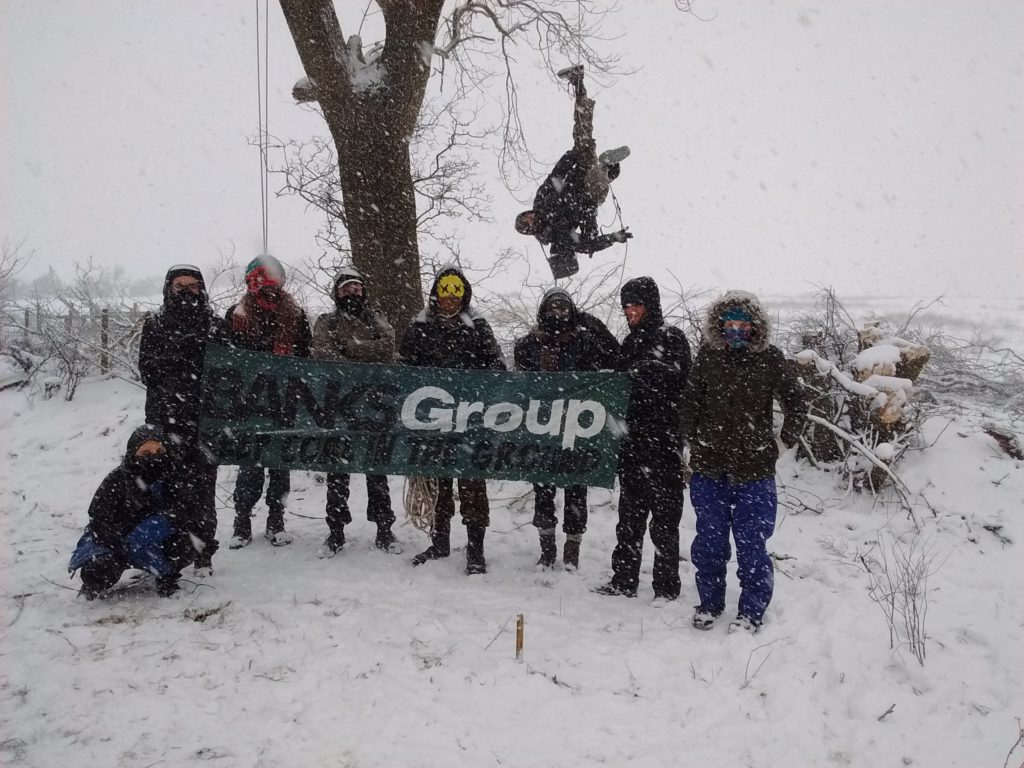 Banks Group is awaiting decision of Secretary of State by 5th March on their proposal to mine at ‘Highthorn’, Druridge Bay, Northumberland.

I was born in Birtley, Co. Durham and for my first few months that was home. For employment reasons my family moved to NWLondon. I often visited Birtley, Gateshead during my lifetime. What a change over the years! Pit heaps disappeared, grass grew in their place. the miner’s cottage where I was born was replaced with a field. What a change in the whole vista. Black to green, let’s keep it that way!

I am 82 now, lived most of my life in different parts of England but still yearn for the North East!