Banks Group want to remove 800,000 tonnes of coal and 400,000 tonnes of fireclay from 112 hectares at Dewley Hill, which sits to the North of the A69 near Throckley, on the Newcastle/ Northumberland border.

Recently signs have been erected in the area which saying comments can be made on the application until the 30th July. If you haven’t already made an objection to the opencast we encourage you to do so. Newcastle Council has confirmed that all representations that have already been made will be considered, even though they are temporarily not on the council website.

How you can help

Do you object to this proposal? The council counts every letter which comes relating to the application, anyone can object. Unique letters count more than ones which are copied. Feel free to write your own reasons against the application, some of our objections to the site are listed below.

If you wish to object, please email the councils at dewleyhill@newcastle.gov.uk include the reference number in the subject line 2019/0300/01/DET for Newcastle or 19/00799/CCMEIA for Northumberland (road points only) and give a name and address/ post code. If you copy in defenddewleyhill @ gmail.com (without the spaces) as we are also counting the submissions. Alternatively you can search for the application number at each council and then register and submit comments online.

There have been previous applications for this area dating back to 1992 and 1996 both were rejected, the second was rejected again on appeal. 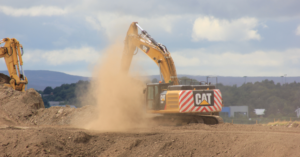 Dust created by Banks in the Pont Valley

Reasons you may want to include to object:

You can also sign the petition against the opencast proposal, although individual letters hold more weight at planning.