This week Banks Group went to the High Court to try and get a decision made by the Secretary of State for Communities, Housing and Local Government over-ruled on a new opencast extraction near to Druridge Bay in Northumberland.

The National Planning Policy Framework (NPPF) says, “149. Permission should not be given for the extraction of coal unless the proposal is environmentally acceptable, or can be made so by planning conditions or obligations; or if not, it provides national, local or community benefits which clearly outweigh the likely impacts to justify the grant of planning permission.”

Banks Group’s barrister argued that the negative consequences of a new three million tonne opencast were counted twice when the inspector made the above calculation. 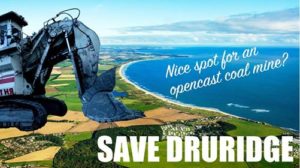 Banks Group repeatedly stated incorrectly that power station coal came to the UK from both Poland and China, claiming that if coal wasn’t extracted at Highthorn then it would come from these countries instead which would result in greater amounts of greenhouse gas emissions, due to the increased transport.

The barrister representing the government said that there is a presumption in planning in favour of minerals, but that coal lies somewhere between other minerals and peat and thus paragraph 149 of the NPPF tries to ensure coal is only extracted where the environmental harm is minimised.

The NPPF has changed since this decision was made. Coal is no longer seen as a mineral of great national importance, consistent with the coal phase-out, although the NPPF could have diminished coal’s status further.

The appellant claimed that the RSPB and Wildlife Trust was largely satisfied with the accommodations made for rare pink footed geese and yellow wagtails. Save Drurdige’s barrister pointed out that both organisations were still objecting to the application.

The Secretary of State’s barrister argued that digging up this coal meant that it would be built, where as leaving it in the ground left capacity in the electricity market available for renewables or new battery storage to fill.

The coal company seem to misunderstand the impacts of greenhouse gas emissions. Given that Bank’s “restoration first approach” of providing “enhancements for wildlife” prior to coal extraction beginning, the company would like us to believe that there would be a net benefit for ecology. 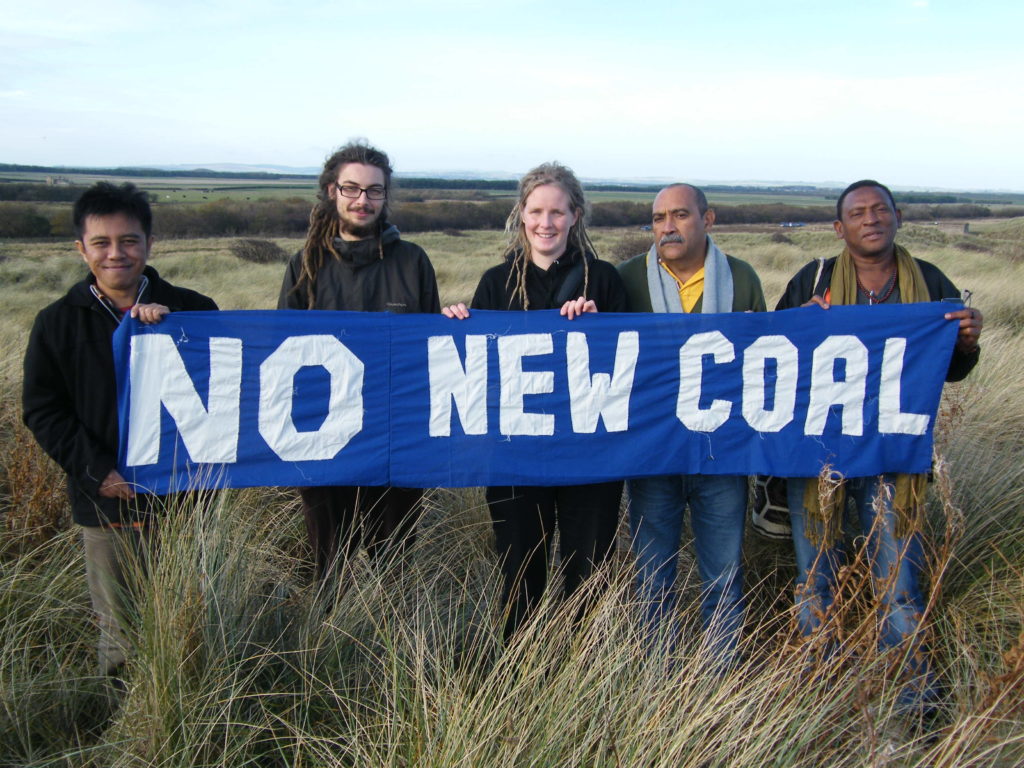 This ignores scientific agreement that climate change is creating hostile environments worldwide, diminishing the ability of the planet to support niche ecological systems, by pushing plant and animal communities towards the poles. Burning fossil fuels is reducing the quantity of land and seas able to support life. The destruction caused by climate change resulting from greenhouse gasses

due to burning this coal will be greater than the area of land Banks proposes reserving for wildlife.

The judge appeared to consider all side’s points

but gave no indication as to which way he was likely to rule. It is likely to be a wait of over a month before his judgement is given.

If Banks Group’s appeal to the High Court is successful the Secretary of State will likely be ordered to remake his decision. This could still result in either a decision in favour of the opencast or a decision against this opencast with stronger legal reasoning for doing so.