Is Cumbria Being Frogmarched into Nuclear AND Coal?
The plan to reopen the Whitehaven coal mine under the Irish Sea has been rumbling along for a few years with no raised eyebrows. Why are alarm bells not ringing out loud and clear? This nasty plan will go before Cumbria County Council in May (date tbc).
This article has been republished from Radiation Free Lakeland, Love the Land, by Marianne Birkby with her permission.)
Most Gaseous, Dangerous Pit in the Kingdom
These are strange, confusing days. There is all round praise being heaped on the plans to reopen Whitehaven coal mine on Cumbria’s West Coast, the most gaseous, dangerous pit in the Kingdom. In 1815, Sir Humphrey Davy’s invention of the miner’s safety lamp was first tested in Whitehaven Coking Coal Mine because of its reputation for “firedamp” (methane) and fatal explosions. By 1816 the Davey lamp was in full use in collieries around Great Britain. A letter of gratitude was written by Whitehaven Miners to Sir Humphrey Davy in 1816…. many of the miners signing the letter later lost their lives in the mine.
Honeycomb
The West Coast of Cumbria below both ground and sea is a labyrinthine honeycomb of mines. Not only coking coal but iron ore and many other minerals. This vast honeycomb of mines stretches to Sellafield. One of the earliest records of coal mining in West Cumberland dates to 1560, the last pit, the Haig, closed in 1986. There are old mine maps but these are far, far from complete. Understandably so, given the length of time that this area has been extensively mined. Many of the miners are still there in the dangerous honeycomb. Entombed in the same collapsed and sea inundated mine pits that the West Cumbria Mining Company wants to reopen.
Infamous Copeland By Election
In the recent infamous Copeland by election the candidates without exception declared themselves to be “big fans” of reopening the West Cumbria Coal Mine. They did this in true Alice in Wonderland style, expressing concerns about climate change while praising the plan to reopen the coal mine. For many years UK citizens have been subjected to a constant bombardment of disingenuous propaganda: ‘nuclear power is the answer to climate change and coal is far worse than nuclear for the climate’. The purpose of this propaganda being that we should welcome nuclear with open arms, while shunning coal. George Monbiot has consistently and aggressively set the pace: “Nuclear scare stories are a gift to the truly lethal coal industry.” Monbiot’s constant mantra in the last several years is that those who oppose nuclear power are uninformed, bigoted idiots. Now it appears that the idiots in Cumbria are being groomed to welcome both coal AND nuclear.
Homely Image
A recent article in the Daily Mail paints a homely image of a local mining firm returning to its traditional roots in Cumbria. This image is not quite what it seems. The £14.7m private equity financing for reopening Whitehaven mine has been put up by EMR Capital who say: “We are a specialist resources private equity manager whose team has a proven track record in the three dimensions critical to achieving superior returns:

PR Spin
The PR for reopening the coal mine seems to have worked its charms on the local Allerdale and Copeland Green party for whom the coal mine gets a thumbs up as it ‘will reduce imports of the coking coal necessary to produce wind turbines.’ This argument holds no water as in order to recoup money and make a killing the coal from Whitehaven would be aggressively exported worldwide. The coal and its by-products could end up doing anything from being burnt in coal fired power stations, processed into coking coal, making the vast amounts of steel necessary for a giant geological dump for radioactive wastes. The coal from Whitehaven was first processed into coking coal for the iron industry in 1723. Coke production did not however match local demand and tonnes were brought in from Durham. The Durham coke was superior in having lower phosphorus content, a factor of importance to the local hematite iron industry.
Turning the ground to a liquid mess
There are other ways to achieve the high temperatures necessary for steel production but even if processing coal into coking coal was the only way, the close proximity of Sellafield and the proposed Moorside site should knock this dangerous plan on the head. Extractive activities are known to cause earthquakes. There are two contenders for the strongest earthquake in this region a 5.0 ML earthquake on 11 August 1786 had an epicentre just offshore from Whitehaven and a depth of about 16 km; a 5.1 ML earthquake on 17 March 1843 had an epicentre offshore from Barrow and a depth of about 15 km. This may not be unrelated to the escalating mining activities going on the time. The only area in the UK to have experienced a liquefaction event is the village of Rampside, near Barrow in 1865. “High intensity and liquefaction phenomena are usually associated only with relatively large magnitude earthquakes. An earthquake in 1865 in the North West of England suggests that a sufficiently shallow small event can also produce liquefaction. The effects are well documented in historical sources and include sand fountaining. Modern investigation is confined to documentary evidence owing to the tidal environment of the area where liquefaction occurred. Analysis shows that the felt area of the earthquake was probably only about 200 km2; however, heavy damage occurred in the village of Rampside and the maximum intensity is assessed at 8. Liquefaction is not uncommon at this intensity, but such a high intensity is not usually produced by such small earthquakes. The magnitude was probably in the range 2.5–3.5 ML.” pure and applied geophysics November 1998, Volume 152, Issue 4, pp 733–745
Questions
West Cumbria Mining are inviting the public to ask questions so I asked the following:
“How would the mine be dewatered? What is the full carbon footprint for one year of peak production. Including predicted dewatering, mining and export operations? What agreements have been made with St Bees School, Lowther Estate, regarding the mineral rights? How are the vast network of faults and dips mapped? (this would have a bearing on distance to the sea bed) What is the proximity to the proposed Moorside site and Sellafield?” The reply from Communications Manager Helen Davies was: “At this time I am busy preparing for our next major stakeholder event, which is scheduled to run on the 2nd, 3rd and 4th March. It would be much easier to discuss your questions and provide answers from our team of specialists who will be at the event, rather than attempting to answer them in writing now. The event on the 2nd March is by invitation only – please find attached an invite, we would be delighted if you could come along to meet with us. Caroline Leatherdale, our environmental specialist will be there, together with a wide range of our technical team.”
Does your lump of coal feel lucky?”
Marianne Birkby
Radiation Free Lakeland
some more info… 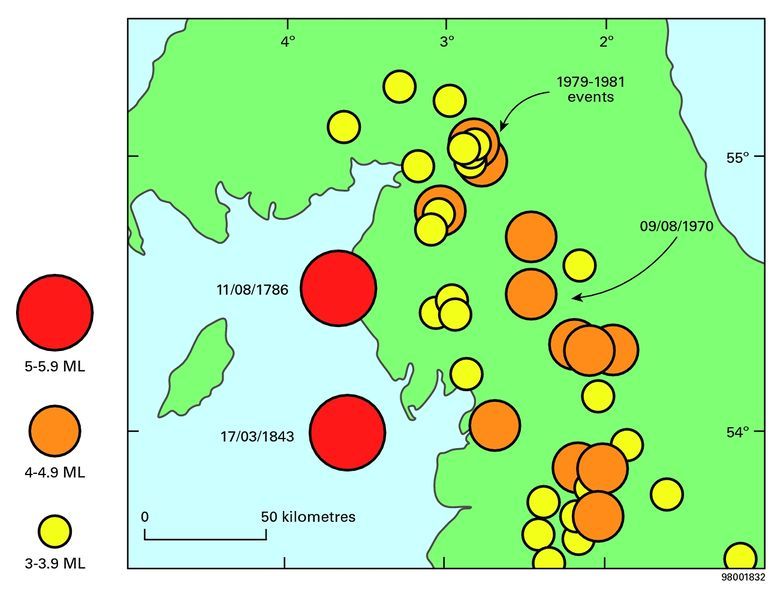 Earthquakes
http://earthwise.bgs.ac.uk/index.php/Geological_hazards,_geology_and_man,_Northern_England
http://earthwise.bgs.ac.uk/index.php?title=File:P916108.jpg&filetimestamp=20160412172238&
http://www.westcumbriamining.com
http://www.westcumbriamining.com/local-news/west-cumbria-mining-outline-new-plans-coking-coal-mine-near-whitehaven/
This article was updated on the 28/06/17 to remove content relating to Jason Chang on request of the author of this article.

We absolutely object to this grossly irresponsible and secretive application, not to mention the environmental destruction to result from it. No-one with a grain of conscience or intelligence could even conceive of such a plan to have a coal plant so near a fracking site, both of which will cause damage on such a grand scale. Yes the earth around the whole area and beyond will leave the largest crater known so far in the UK if there is an explosion of the chemical kind. Sadly all this is to feed an addiction to fossil fuels on which we’re supposed to be reducing our reliance. DON’T MAKE THE EARTH MOVE! OUR MESSAGE TO YOU IS: KEEP IT IN THE GROUND WHERE IT BELONGS AND LEAVE THE FOSSILS TO REST IN PEACE.
PLEASE DON’T ABANDON THE PARIS AGREEMENT – THIS IS FOR THE PLANET, NOT JUST LANCASHIRE.

New Map: Coal and Fracking is being planned next to existing Nuclear.

[…] showing where new coal and new fracking is being planned next to existing nuclear installations.  Including the two most […]