Banks Group were in the High Court on Wednesday 27th November amid allegations of wildlife crime at their current ‘Bradley’ opencast coal site in the Pont Valley, County Durham. The claimant is Don Kent, of Shotley Bridge, County Durham, who is seeking to “hold Banks Group to account for its actions which led to the destruction of the habitat of protected species.”

The High Court has upheld the claim that the wildlife prosecution against the coal-mining company HJ Banks was an environmental case, and therefore that local objector Don Kent can receive financial cost protection under the UN Arhaus convention. The convention exists to remove the costs barrier to individuals who want to hold companies legally accountable for alleged environmental crimes. 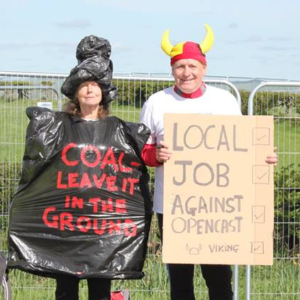 Don protesting at opencast site in May 2018

Don Kent, the local resident and campaigner who is bringing the claim against Banks Group, said this ruling means the case can now advance. Without costs protection Mr Kent would not have been able to continue, given Banks alleged costs of £60,000 to date. His aim is to take a prosecution against the company concerning the alleged destruction of the habitats of great crested newts at the Bradley site near Dipton and Leadgate.

The coal mining company Banks Group have proposed to expand the controversial project to extract a further 90,000 tonnes of coal to the west of the current site, in an area that also hosts protected species.

“Banks Group are riding roughshod over my local community and wildlife in order to extract the last drops of profit they can make from coal. At this hearing the Judge granted me costs protection to allow me to continue taking this private prosecution to ensure there is justice. I have the evidence to show that Banks broke the law in order to get the coal out. It is unspeakably arrogant that Banks Group is pursuing an extension to this same site, whilst their actions are in question by the courts” said Don Kent.

Mr Kent launched the private prosecution in September 2018, after the police failed to investigate his reporting of the crime. He initiated an appeal to the High Courts after Banks successfully argued the case should be dropped on a technicality, i.e. that the incorrect name of the company mining coal at the site was used on the summons. He has raised the funds to appeal via an online crowdfunder with 250 supporters to date.

Don Kent says “Banks were attempting to intimidate me as a local resident through outrageous financial threats. They are desperate for this legal case to be dismissed on a technicality because they want to evade public scrutiny of their conduct. They are worried about getting planning permission for their West Bradley expansion in Country Durham, and they are anxious about their reputation. So they should be. The contempt they have shown for our community and the environment has been clear the whole way through”. 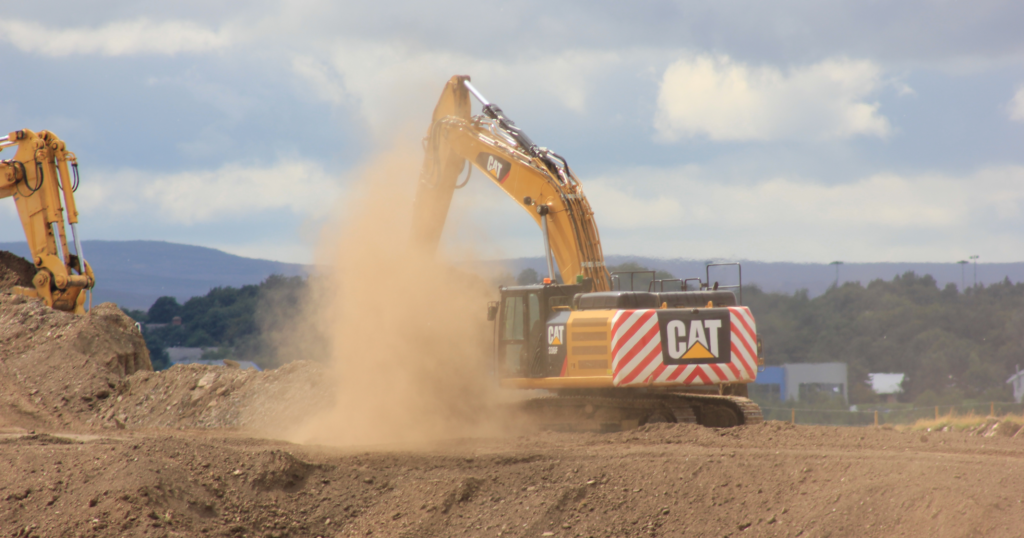 Since its arrival in the Pont Valley, local residents have repeatedly reported Banks to the authorities for their failure to comply with planning and environmental conditions. Banks have been ordered to stop work on several occasions for breaching the standards on dust and noise levels. There have been frequent complaints to Durham County Council.

Supporting Mr Kent, Isobel Tarr, from the Coal Action Network, said “In court yesterday Banks Group claimed to have spent £60,000 on this case before it’s even been heard in court. Meanwhile coal is in the final phase of its use in the UK and they have announced no investment in re-training their workforce. They should cut their losses, admit they acted irresponsibly, and instead of hiring expensive lawyers to defend their reputation, close the coal wing of their business and spend this money on enabling their workforce to transition to the renewables arm.”