An incredible victory in an unlikely place

A pretty rural village, Mencherep, lies beside a lake in the Kuzbass region of Russia. It is the site of a great victory against a foe which has been consuming this area and its people for decades. The village has just been saved from a vast opencast coal mine starting on its doorstep. This is a monumental decision by a court in coal country, Kuzbass, Siberia. 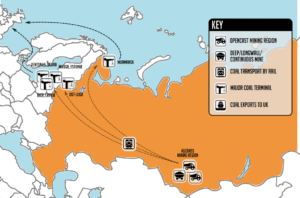 Planning permission had already been granted to allow mining company SPS to start a new mine beside the village. Now a the court has stopped the mine from being started. Environmental group Ecodefense and lawyers group – Team 29 brought the case to victory in the court.

Land which had been forcibly taken from its owners to enable the mine to start will be returned. Local people had campaigned against the mine, because they know exactly what it means to live next to huge opencast coal extractions as much of their region has already been dug up. Nearby towns and villages have been displaced as mines bigger than one can easily imagine have expanded covering everything around them with dust and fumes. 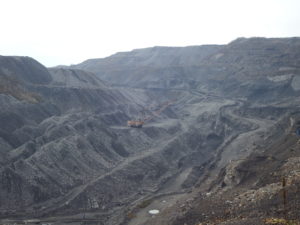 The Kuzbass region of Russia is an ecological and human rights disaster zone. Russians and indigenous people have lost the access to large swathes of land, their own villages, graveyards and clean air. Coal mining dominates the area, pumping dust into the air which turns the snow black in winter and stops people from fishing in rivers which now contain clouds of toxic coal dust.

When I met with members of the community in Mencherep at the end of 2017 they were desperate to stop their small, beautiful corner of Kuzbass becoming like their neighbours. Their fight has been worth it, they have won.

This shows a turning point in the Kuzbass’ battle against the coal giants. Coal has been king here for so long, the local population have been forced to be its servants. The only jobs are in the open and deep mines which destroy their health and remove the capacity of their once fertile land to support them without buying food transported from other cleaner places. 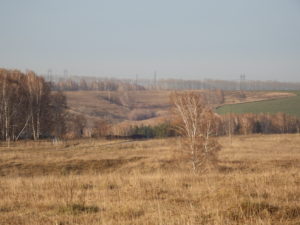 Russia has a poor reputation for human rights. Democracy is not guaranteed. Big business is prioritised over the populations basic needs, yet against all this, a small environmental group and committed lawyers have won. This should inspire people the world over.

Yet in Mencherep life can now continue next to the colloquially named Belovo Sea, an artificial lake which gives the village a beach feel, thousands of miles from the sea. Farmers can tend their crops, feed their families and animals and a embattled community can now get on with their lives without the threat of big mining and ill health. For many other isolated Siberian communities the battles continue to regain a little dignity and a healthy life.