Aberthaw: Imagining healthy futures through one man’s love for the area.

Aberthaw power station is closing in March 2020. As yet there is no certainty about what happens next. While a consultation process has been announced with workers, nothing has been said publicly about the restoration of the site. Just transition rightly include the lives of workers in the industry, but alongside that, there is also the question of justice in the transition for the wider community and the local environment. What do people living locally to Aberthaw want to happen next to the site? This article takes a look at the history of the area, through an interview with local Rodney Bird, to see what the future might hold. 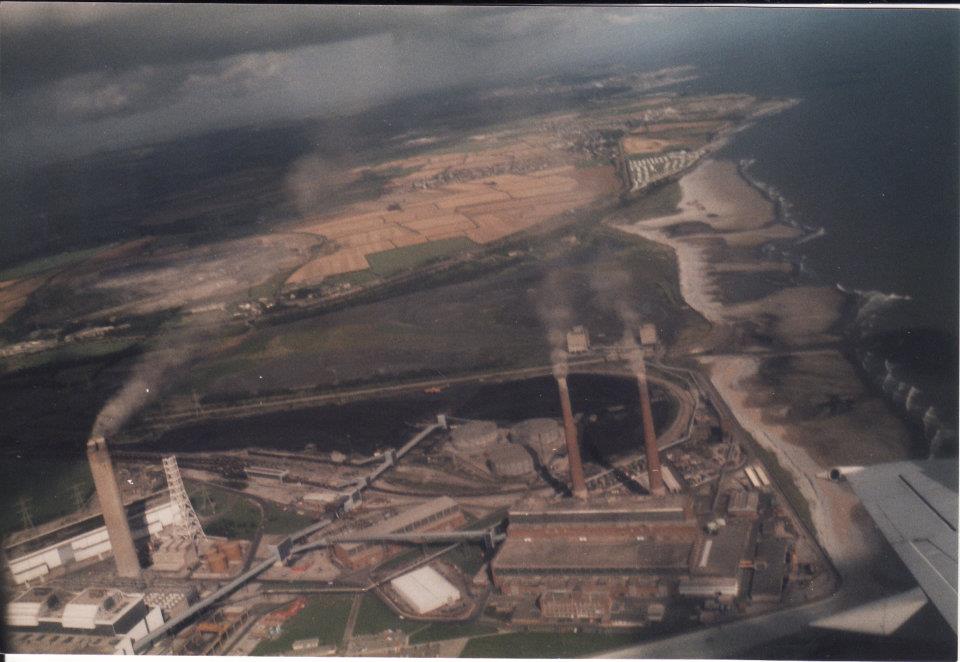 St Athan is the nearest village to Aberthaw, two miles aware. They have an active local history group. Rodney Bird is a member and was keen to share his history of the area when I visited the village, as part of Coal Action Network’s work of reaching out to communities affected by the coal industry. He was born in Cowbridge, seven miles from Aberthaw and spent his summers at the Lays; the beach and common land that became Aberthaw power station. Aberthaw was built on this common land, despite a big effort by the local golf club who tried to stop the seizure of the land by the National Coal Board. This article explores this recent history, and suggests that sharing these stories from living memory can influence what happens to the land after the power station closes in March 2020. 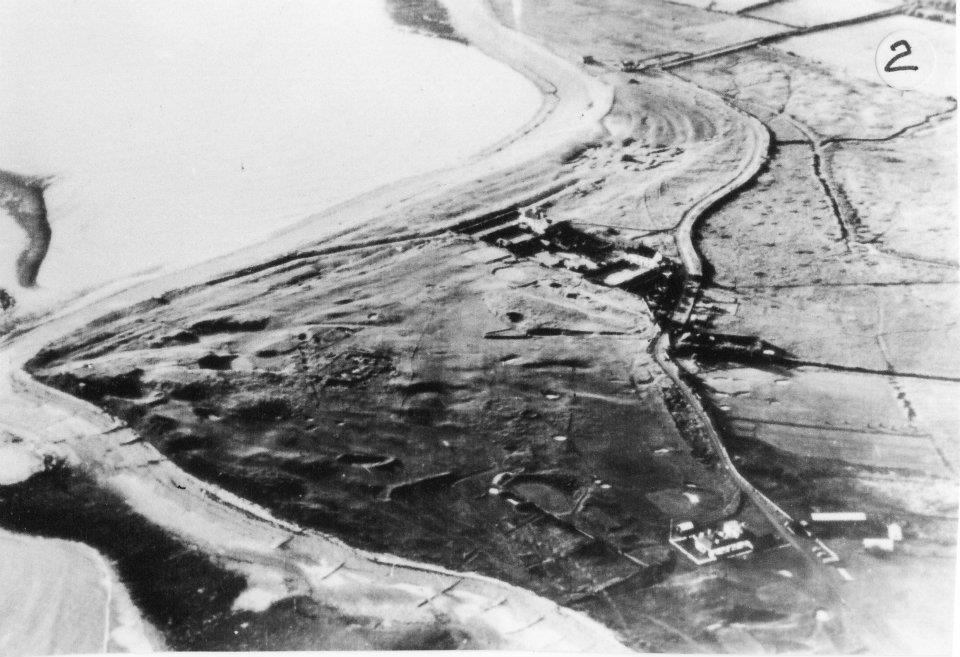 View of the Leys before the power station

The power station currently occupies all of the land in the centre of this photo, which shows the Lays beach and golf club. At high tide, the golf course was surrounded by water on three sides; the sea and the River Thaw. The building of Aberthaw led to a diversion of the river.

Rodney reminisces about the Mullet pool, one of three sea pools that people swam in. He describes Sunday School groups being given lifts to the beach by kind farmers and staying late in to the night. He spent his summer days beach combing and golf ball hunting and occasionally learning golf.

Rodney speaks proudly of his time as a junior member. People use to walk from Barry to play golf, or hitch rides on carts and stay overnight in the popular Ocean House. Rodney added “my family were privileged and lucky enough to have a bungalow in the grounds of the Ocean House. We had three bedrooms and a verandah with a view of the course”. 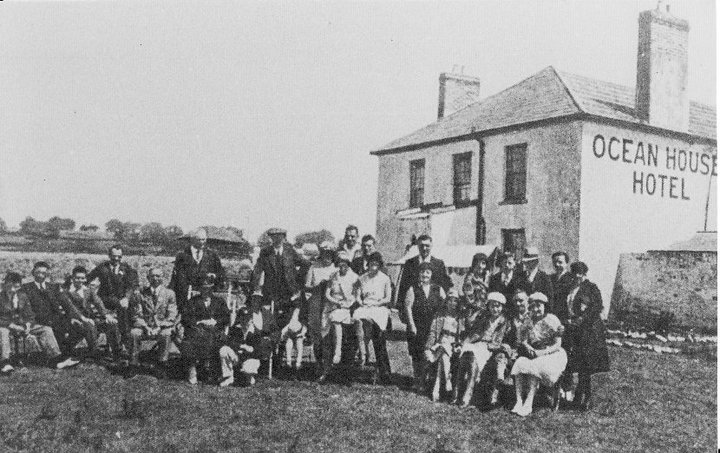 The golf course, and adjoining common land, was chosen by the Central Electricity Authority as the site for Aberthaw power station and “taken over”, according to Rodney. The golf club members voted and the club got a mandate from its members to oppose the take over. A public inquiry was held and the golf club were optimistic they would win.

However, in 1955 they got the news that the compulsory purchase was going ahead. “It was described as a tragedy by some people and I can understand that” said Rodney, whose father was the club Captain at the time. He remembers people being very sad. The whole area shifted to an industrial site, and the River Thaw was diverted 300yds west of its original route.

What happens now that Aberthaw is going to close?

“It would cost more to demolish than to leave as it is. But if they leave it as it is it will be a concrete and steel jungle. It needs total remediation. The Lays is where my heart is and that the whole site should be restored to nature.”

After meeting with Rodney, I headed down to East Aberthaw to take in the land. I pass a family fishing by one of the old sea pools. They tell me I am stood in what was once the estuary of the River Thaw, once the busiest port in South Wales. 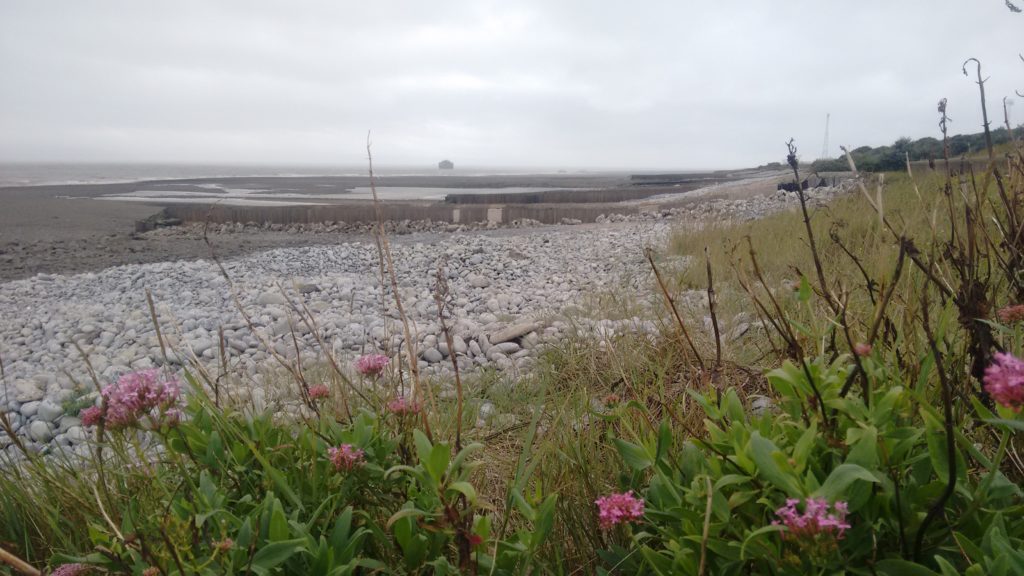 There are old groin sea defences and the newer concrete defences built to protect the power station. Inside these sea defences is allegedly significant amounts of buried asbestos, from the demolition of ‘Aberthaw A’ and a substantial ash spoil heap. The maintenance of these sea defences through a long term management plan is crucial to prevent this toxic waste leaching further in to the wider environment. The local community needs to be given means to participate in the design of the remediation process for this power station site. The living histories of this land, such as the memories of Rodney, can enrich this process 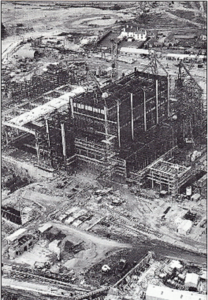 The Construction of Aberthaw Power Station

For those who have only lived with the industrial site of Aberthaw it can be hard to imagine a different future. Sharing this story of love and care for this area, including the golf club’s opposition to a land grab, can help us generate healthy, thriving and safe visions for the area.

If you have your own history or vision for the area you want to share, or news on the future development of the site please get in touch: scarlet@coalaction.org.uk.

Thank you to the St Athan History Group for documenting all this history and sharing their photos with me, without whom this article wouldn’t have been possible. 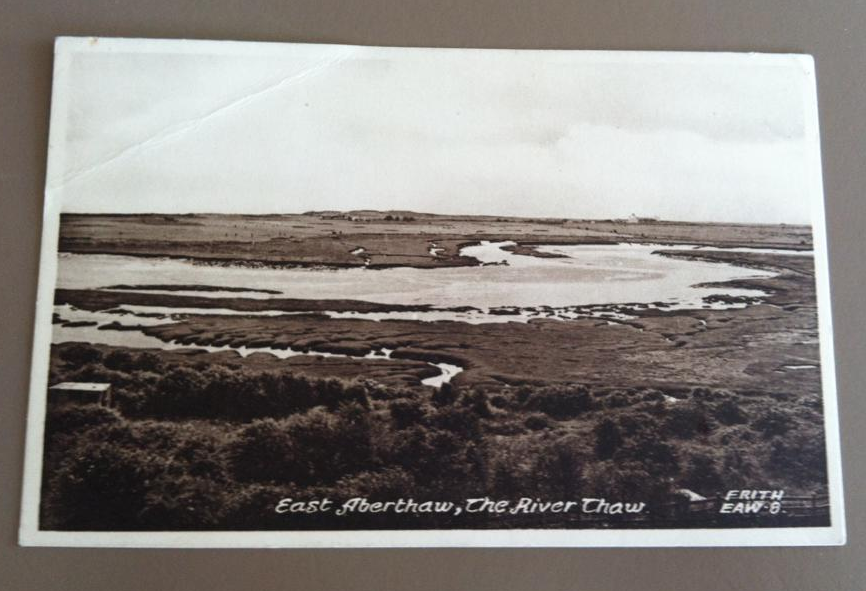 Thank you for spotting this. It has now been rectified.