Don is a resident local to the Bradley opencast coal mine, in the Pont Valley, and a long term campaigner against opencast coal mining in the Pennine hills. In 2018 he got involved in the Campaign to Protect Pont Valley, to try and stop Banks Group from starting a new opencast coal mine, and is now taking a private prosecution against the company, with the support of his community. He currently has a crowdfunder campaign to help him pay for this legal case. I spoke to him on the phone to hear more about his fight for justice

Why are you taking this private prosecution against Banks Group?

This company are riding roughshod over my local community and wildlife in order to extracts the last drops of profit they can make from coal before the whole industry ends in five years. As an individual, I am taking this private prosecution to ensure there is justice. I have the evidence to show that Banks broke the law in order to get the coal out. They will do it again if we don’t hold them to account. 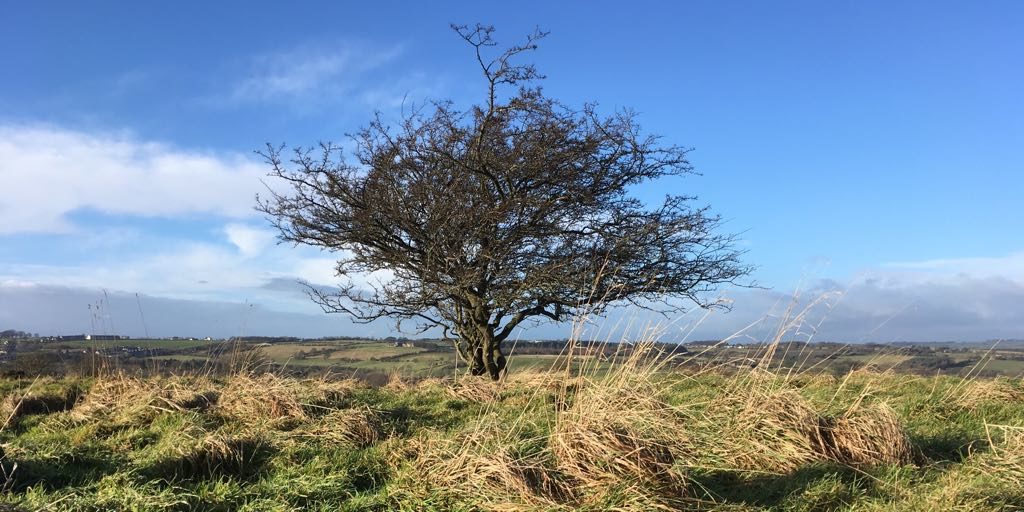 The land before the Banks Group arrived

How did you end up taking a wildlife crime private prosecution against Banks Group?

I was there, along with many other people, the day that Banks Group started to bring the equipment on to the site in the Pont Valley. Before they arrived, the site was home to great crested newts. Their equipment was damaging the habitat of this protected species. This is a crime so I decided to go to the police station as I was available to go.

I went to Consett police stations. I was interviewed. A police officer contacted me a bit later to say they weren’t going to pursue my complaint. At which point I decided that local people would need to hold them to account.

Banks have committed other breaches on site, mainly planning conditions, but all the authorities have washed their hands of it. They say Banks may have breached planning laws but they aren’t going to do anything about it. What that does is it leaves individuals and citizens groups to hold companies to account. 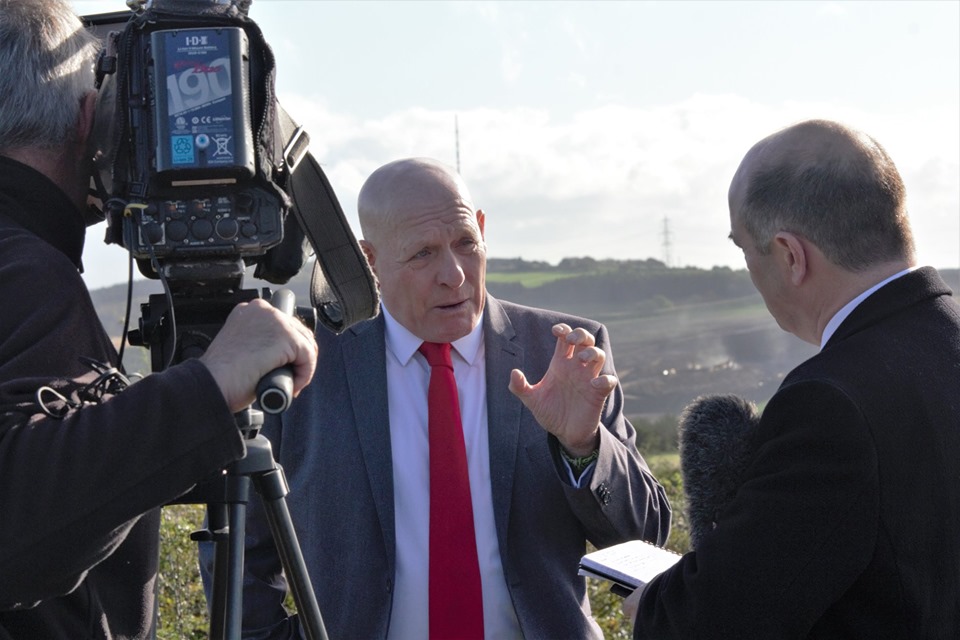 I am not an ecologist but I do understand the interconnectedness of everything we have and everything we do. If you destroy one part of the whole of the network, and you destroy the habitat of rare animals then the whole suffers. Great Crested Newts are protected for a reason. It is very difficult to get protection for creatures in Britain. But these newts are protected for a reason because they are rare. Their habitat was wantonly destroyed by Banks, knowing that this pond had rare animals in it. I am taking this case to get justice and accountability from Banks on what they have done to the local environment. 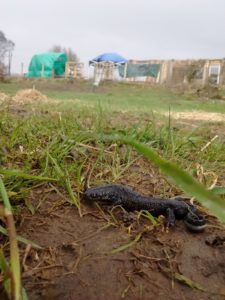 Banks Group ignored the finding of this Great Crested Newt

Most Governments Local authorities, organisations and most importantly the scientists agree there is a climate emergency, well then, the first thing we need to do is stop producing fossil fuels, but secondly we need to take care of biodiversity and habitats. This case is part of trying to protect the biodiversity we have left in the UK.

How have Banks responded to your private prosecution and what have you learnt about them as a company?

Their response indicates that they are prepared to override the local community, prepared to do almost anything to continue opencasting coal in its last few years.

Back in to the 70s and 80s there were opencast mines starting in my local area. I was involved in opposing them then and what I learnt then was that – apart from climate change, which for me is the biggest thing – is that the land takes at least a hundred years to recover, if it ever does. 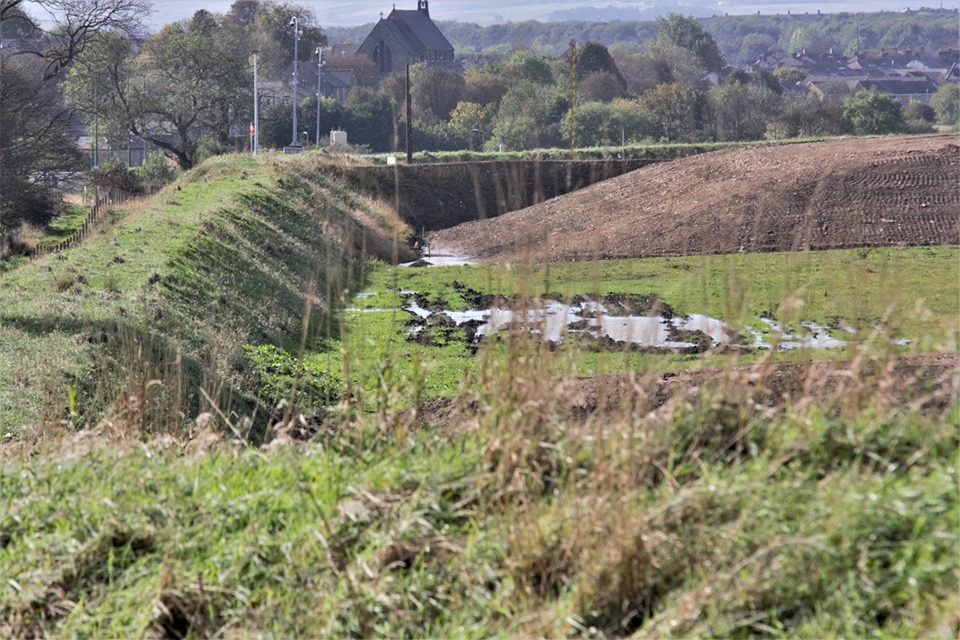 This is because the soil becomes so degraded. The soil they put in the baffle banks [five metre high long mounds of former top soil to hide the opencast] is dead, apart from the 50cm or so on the surface . They infill the hole with rubble and then spread this now dead soil on top. You now have a layer of dead soil over a layer of rubble. So Banks can say that the restoration project is going ahead and that it will be wonderful but we know and they know that everything you put back is artificial. It requires a huge amount of attention to get it back to productivity. You have to spend a staggering amount of money revitalising the soil, usually with artificial fertilisers, and even then the land is totally different. Although I wouldn’t deny you can create new and artificial wildlife havens, they too will take a long time to recover.

The geology is different, the drainage is different. Restoration is really about rubble. Restoration is shoving soil on top of a rubble heap. And all of this upheaval and destruction, which will take a hundred years to heal, is all for an amount of coal that we don’t need. We already have too much coal in stockpiles in the UK.

Although I am concerned about the environment, I am not that emotional about it. If someone proposed something like a wind farm, it can be seen as a detriment to the visual landscape, I understand that, but I still think it should go ahead as it is not a permanent addition to landscape and it is providing clean energy. However with coal it is the opposite. You have got a permanent alteration – the actual operation destroys the environment and the global environment. When a wind farm is gone there is no trace. Banks are developing wind farms and I support that part of their business, they know this is the future and coal is the past. 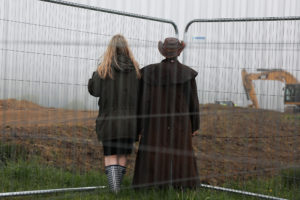 Local residents take in the arrival of the opencast

What have been the costs to you and your family of this case?

It has produced stress and strain and worry on me and the family. That is understandable. But that is what comes with territory of trying to hold people to account. I am really grateful to everyone who is supporting my crowdfunder. That has helped a lot.

Don currently has a crowdfunder campaign to help him pay for this legal case. He has reached his second target of £5000 and is now aiming for £8000. by the end of November.