Tonight, the end of an 800-year era for coal exports from the North East of England 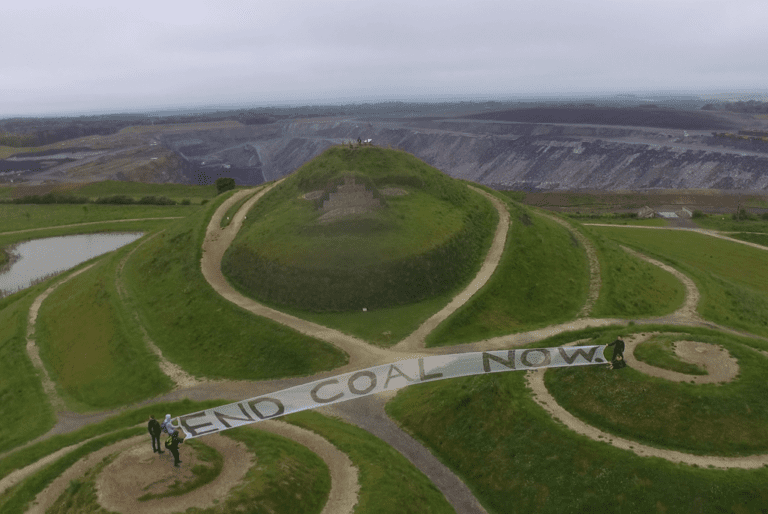 The heritage of coal exports from the North East of England goes back to the 13th Century, but it has increasingly become a legacy in decline and with it, levels of deprivation that are also seen in other former-coalfield regions of the UK. The government must do more to ensure there is a just transition from jobs in coal and fossil fuels, to jobs in a genuinely green economy.

Jude Campbell, who campaigned against an application for a new coal mine in Dewley Hill from 2019-2021, says “As a former union rep the prospect of redundancy… does not sit easily with me. However, [coal is] a declining industry and it is grossly irresponsible to promise these workers employment in this industry ad infinitum when coal is on the way out in favour of green technologies”.

So today, at the end of an era, would be an apt landmark for government to ‘level up’ by renewing and acting on their commitment to materially support a sustainable economy in the North East of England.

With the UK’s climate commitments (not least to phase out coal-fired power generation by 2024/5) and the declining contribution of coal to the national grid, this day was inevitable – and critical if the UK is serious about taking action on climate change. Coal remains the single largest emitter of CO2 in the world, out-stripping oil and gas. Without a rapid and drastic reduction in the use of coal, catastrophic climate change is certain.

Tonight, coal from Durham open cast coal mine, operated by Hargreaves, will leave the UK on a ship from Longwave Port of Tyne, most likely to be burned in a power station to produce electricity. This coal mine ceased actively extracting coal in 2020. Now Hargreaves is merely transporting mined coal out of the mine - the last open cast coal mine to do so in the North East after Bradley open cast coal mine in County Durham, operated by Banks’ Group, had its application for extension rejected and closed in August 2020.

“Coal is a proud part of our history in the North East, but it is not our future” – Jos, Newcastle.

A tremendous and well won victory Jos & Jude towards accelerating progress towards a cleaner and greener future for all ….and more real jobs for the N East in renewables and technologies.
On this occasion the overwhelming support against Banks controversial open caste mine at nearby Hill, sensibly won the day in line with Newcastle Listening Council’s proud declaration of a climate emergency to lead the U.K. !.