RWE announced in August that its Aberthaw power station will close in March 2020. This is a vital step forward in the battle against unsustainable power and air pollution.

Aberthaw power station was allowed to break EU air quality standards. Between 2008 and 2011 it released double the amount of nitrogen dioxide permitted. The UK government enabled the pollution in a misguided mission to protect Welsh mining jobs, which supplied the coal. The European Court of Justice ruled against the UK government in 2016.

Aberthaw power station opened in 1971. It was burning coal extracted in the Welsh valleys, including from the UK’s largest opencast coal mine, Ffos-y-fran. Opencast coal mining totally destroys the ecosystems above the coal, as vast pits are dug by machines, releasing dust into the air. This settles on homes and farm land nearby. 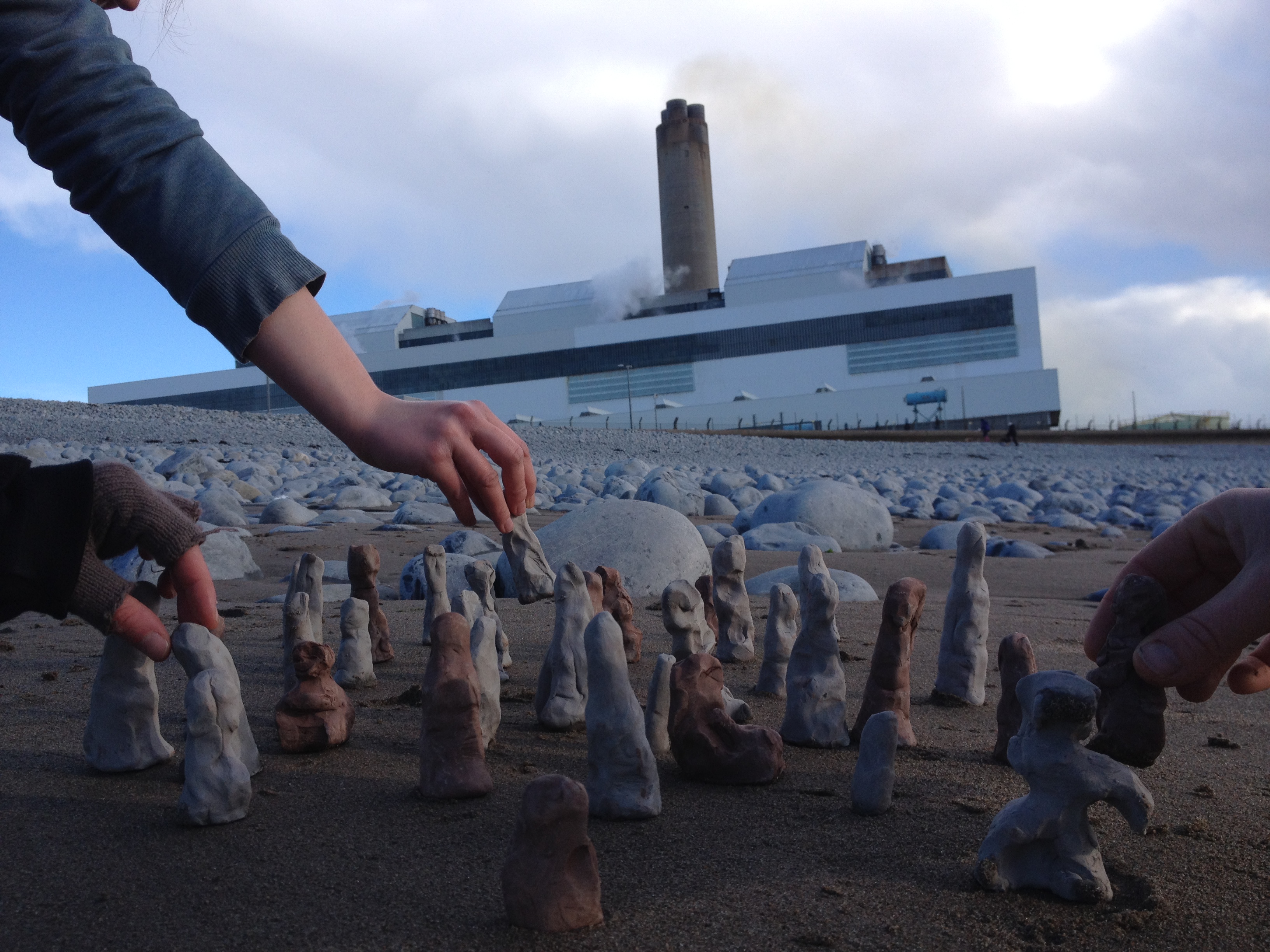 We will set out 2,900 clay figures outside BEIS to acknowledge the lives which could be saved each year if we quit coal now.

People living in the Welsh valleys have been campaigning against new opencast coal mines, created to fuel Aberthaw, and lobbying to close the power station. Local campaigners, Chris and Alyson Austin said, “For us, living in the South Wales valleys this coal-fired power station has been the bane of our life! It has been the enabler for all the opencast coal mines throughout the South Wales coalfields.”

During the period Aberthaw was allowed to exceed the EU air quality standards 400 people a year died from the impacts of its combustion. Most in south Wales, but some deaths were linked to the power station in Bristol, Bath and as far away as the Netherlands.

Following the EU ruling the power station started to burn almost entirely Russian coal. Russian coal predominantly comes from the Kuzbass region in central southern Siberia. Here the conditions are extreme, traditional ways of life are wiped out. The mines in very close proximity to homes and coal waste heaps are everywhere, blowing dust over the population and the habitats the people rely on.

In 2016 Coal Action Network, Reclaim the Power and Earth First! took direct action against Aberthaw power station. The only access road was closed twice; a hundred people strong demonstration demonstration on the beach also stopped vehicle movements for the day; Ffos-y-fran opencast was closed for a day as a result of two lock ons and RWE nPower’s head office in Swindon was put under shut down by a protest.

Coal Action Network and others were calling for an immediate closure of the power station, arguing that the historic air pollution from the power station meant it had no legitimacy to continue poisoning people, even at reduced levels to previous years. In addition burning coal from other sources required an upgrade, which seemed likely to keep the power station operating for several more years.

Aberthaw has also seen protests against its contribution to climate change, with a blockade on fossil fuels day 2008. A group of people from Bristol Rising Tide stopped trains entering or exiting the power station in 2010 for a day.

The UK government said in 2017 that it would phase out coal by the end of 2025. For communities on the front-line of coal extraction and climate change this is not soon enough. The discourse has however enabled power station closures like this one to go ahead.

Following the EU ruling Aberthaw was only operating at reduced hours and when there was significant need. In the 12 months to the end of September 2019 coal supplied just 2.9% of electricity. Other energy sources including renewable sources, are producing a larger proportion of the electricity than coal, the greatest historical cause of climate change.

Alyson and Chris say, “We feel for those who will lose their jobs at the plant, but the owners – RWE, and the Welsh Government have seen the writing on the wall for this plant since at least 2008, and with the European Court of Justice ruling against them in 2015, along with the plant being kept alive on £27 Million+ of public money, they can’t have any excuse for not providing just transition of employment for these workers.”

With Aberthaw closing and Cottam gone, only Ratcliffe and West Burton coal power stations have no plans to close prior to the 2025 phase-out date. Drax has been given permission to replace the coal power station units by burning another fossil fuel – gas. But is reliant on government subsidies and Northern Ireland’s multifuel Kilroot’s future is uncertain after it survived a 2018 expected closure.

RWE is one of Europe’s biggest power generators. It’s Hambacher and Garzweiler opencast mines in the German Rhineland are sites of huge opposition. RWE wants to destroy the Hambacher forest, which has been defended by activists for several years. As both mines expand they have consumed several villages. People living near Garzweiler say that this must stop, demanding Human Rights Before Mining Rights.

Coal has had its day. Lots of people have fought against Aberthaw and are pleased that it will soon close. RWE and the government need to ensure that the workers are not thrown on the scrap heap. RWE needs to take climate change seriously and end all of its’ fossil fuel projects.