Last Friday 29th October, on the eve of COP26 climate talks, Coal Action Network, Extinction Rebellion North East and Newcastle Youth4Climate set up a climate justice memorial at Chubb Insurance (116 Quayside). The climate memorial was created to remember communities on the front lines of climate breakdown, who are being directly impacted by harmful projects and climate impacts. Members of local campaigns against coal mining - from West Cumbria, Dewley Hill and Pont Valley - also spoke at the memorial.

Jack from Newcastle Youth4Climate said "In our memorial, we remember the damage the climate crisis has caused and reflect on what the future may hold for our planet and its young people. By doing this, we are reminding the companies on our doorstep that they are directly profiting from and responsible for the loss of lives, nature and communities from the climate crisis."

Chubb Insurance is a syndicate of the Lloyd’s of London insurance market. Composed of many underwriters and insurance companies, Lloyd’s and its members are known for insuring projects that no one else will, which increasingly includes climate-destroying fossil fuel projects. Without this insurance, these projects would struggle to succeed, making insurance a major weak spot for the mining industry.

In 2020, Lloyd’s published an Environmental, Social and Governance Report. Campaigners said today that its commitments are not enough. Lloyd’s still allows members to acquire new business in these sectors, and is continuing to provide them cover until 2030. There is no mention of insurance and investment in coking coal, or other gas and oil projects, despite Lloyd’s being amongst the four largest insurers of fossil fuel projects.

Protesters were joined by activists from West Cumbria, Defend Dewley Hill and Protect Pont Valley, who spoke about their experiences of resistance to extractivist coal projects in their communities, and why financial companies like Lloyd’s need to urgently rule out insuring them. The memorial also used soundscapes from testimony previously compiled, including those of members of the Pacific Climate Warriors and of the Wangan and Jagalingou People (who are the traditional custodians of the land where Adani want to build the Carmichael coal mine), insured by Lloyd’s and Chubb.

June Davison, from the Campaign to Protect Pont Valley said: “We have seen first hand the damage that opencast coal extraction can cause, and the destruction for local communities. We have learned that the opencast site that Banks operated near our home was minute compared to mining in other parts of the world, including the Hambach Forest in Germany and the Adani mine in Australia. We know that financial institutions have supported opencast in the North East of England, and it is short sighted that Lloyd’s would insure the most devastating fossil fuel in existence.”

Members of the public laid hundreds of flowers and messages to Lloyd’s of London from over 4,500 people across the world were hung outside the offices, as well as delivered to Lloyd’s Chairman, Bruce Carnegie Brown. These messages are also viewable online at: https://lloydsclimatememorial.org/ .

This action is the latest to target Lloyd’s of London and Chubb Insurance, including a previous action that happened in May at the same location. The action today forms part of a Defund Climate Chaos day of action, with groups across the world taking similar actions on the doorsteps of a range of financial and insurance institutions. On the same day, in the morning in London, Coal Action Network facilitated a climate memorial at Lloyd’s HQ. 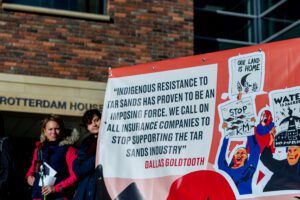 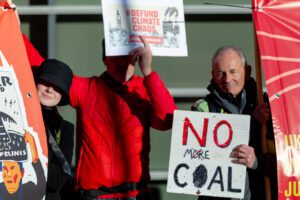 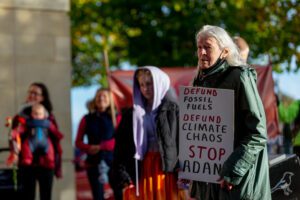 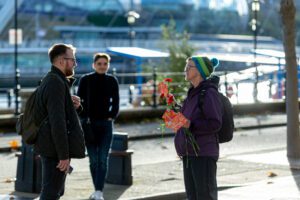 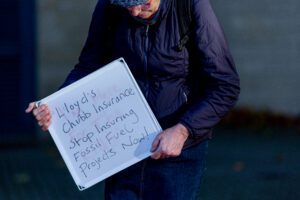 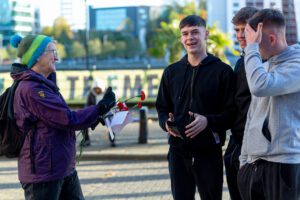 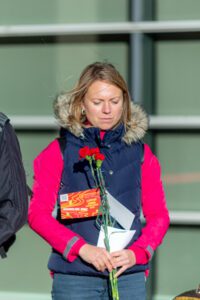