Object to a new 50 year coking coal mine in Cumbria

Update August 2020: Cumbria County Council have said that the application will be heard no sooner than October 2020 in order to properly consider all the input. Thank you for your objections! You can still object though the statutory deadline has passed.

It doesn’t need to be long, or super knowledgeable. It needs to show you care. Three sentences is enough but you can make it more detailed and persuasive with some of the extra info below.

We’ve teamed up with 38 degrees to make it really easy for you to object.

OR email your objection to development.control@cumbria.gov.uk and and copy in info@coalaction.org.uk . You must include Application Ref No: 4/17/9007 and your postcode.

Start your email with:

I am opposed to the Woodhouse Colliery because…. 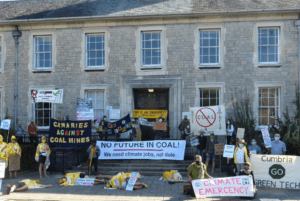 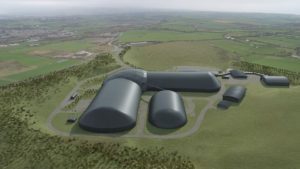 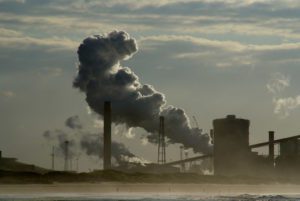 Include some reasons you’re opposed to a new coal mine starting.

Pick one or two and say it in your own words.

Talk about why the climate crisis matters to you. Be passionate!

The judgement against Heathrow has shown that the Paris Agreement is legally enforceable in the UK, meaning that large scale, long-term high carbon projects like this one could face legal challenges.

The company has said that only their on-site emissions (at the mine itself) should be considered, not the emissions from where the coal is burned. But this is unlawful according to the Environmental Impact Assessment Regulations. See South Lakes Action Against Climate Change legal letter to Cumbria County Council.

We don’t need coal in steelmaking. While steel remains a much used material in the construction of many infrastructure projects, it does not have to be produced using coal. Metallurgical coal can be replaced with natural gas in a process called Direct Reduced Iron (DRI) which creates about 40% less CO2 emissions than steel produced using coal. Globally natural gas based DRI already accounts for 5% of steel making.

In order to further reduce emissions steel making techniques are developing quickly, with the Hybrit project from SSAB, LKAB, and Vattenfall aiming to begin production of fossil-free steel as early as 2026 using hydrogen instead of natural gas.

The company’s claim to be carbon neutral is based on a false claim that coal extracted domestically ‘displaces’ coal that could be extracted and imported from elsewhere, rather than adding extra coal to the market which will add additional CO2 emissions. Professor Paul Ekins of the UCL institute of sustainable resources explains why what the company says is false: “There is no evidence to suggest that coal from the new mine would result in reductions in coal extracted from mines overseas. Basic economic theory suggests that […] an increase in the supply of a commodity such as coking coal will reduce the price of the commodity, leading to increased demand, and therefore increased emissions.”

The company argues that coal in steel can be made carbon-free using Carbon Capture and Storage (CCS) but this is not likely to be available at scale, whereas coal-free steel alternatives (above) are.

There are many other reasons to object, such as impacts on the local marine life, local economy and more detailed planning arguments, see South Lakes Action on Climate Change

This really works! Thanks to those of you who wrote objections to our other campaigns in the past 12 months, two other coal mine applications: Dewley Hill and West Bradley were slowed down, giving local campaigners more time to make their voices heard.

Coal for energy is on the way out, and coal for steel and industry is the next big battle. We’re glad to have you with us.

OR email your objection to development.control@cumbria.gov.uk and and copy in info@coalaction.org.uk . You must include Application Ref No: 4/17/9007 and your postcode.